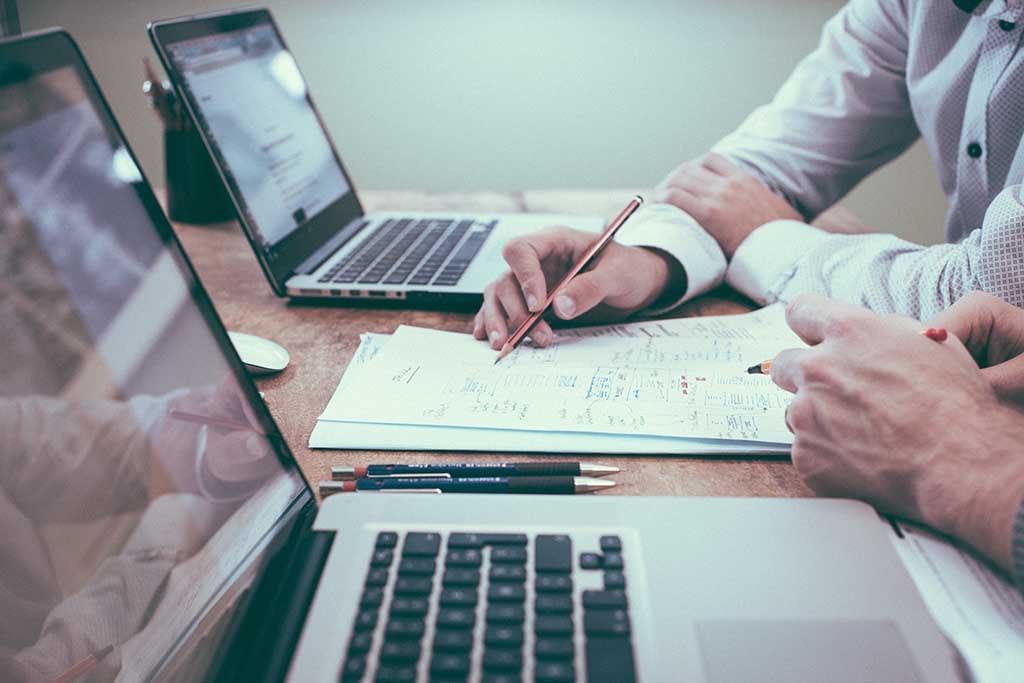 We’re going to be covering a topic that is really fascinating and incredibly relevant for anybody who’s using the HubSpot platform – anybody who's doing digital marketing. We're talking about attribution reporting. It's one of the main reasons why people go to a system like HubSpot and specifically to HubSpot itself now, and it's a feature of the enterprise onboarding software.

We're going to talk about attribution reporting fundamentals. You'll learn the basics, you learn how to do it in HubSpot and for folks who have done it a lot before, my hope is that you'll still come away with something new to apply that maybe you didn't know before.

What is Attribution Reporting? 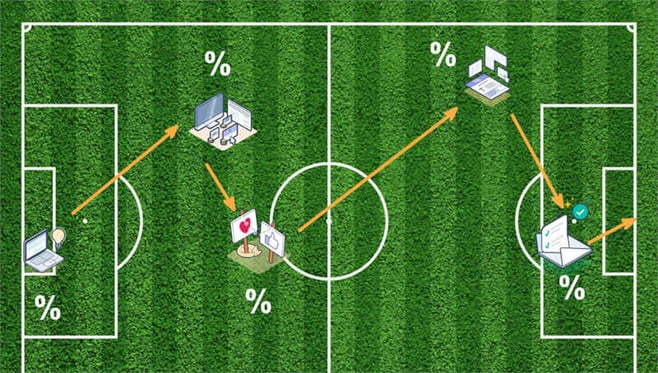 When I think of attribution reporting, there's only one thing that comes to mind, which is football. Let's imagine a football play. Let's say that the ball starts with the goalie, goalie tosses it up to the defender, kicks it into the midfielder up to the forward who loft in that perfect cross, and then the striker heads the ball home. The question then is: who deserves the credit for that goal? There’s any number of ways that we could look at that. The traditional way is to give all the credit to the goal scorer. That's the Ronaldo. That's the Messi. That's the Wayne Rooneys of the world, right? The question we ask there is who scored the most goals? That's the metric we see in the newspaper. That's the metric we see in the program when we go to the stadium – who scored the most goals?

But that's not the only way to look at it. Another traditional way to look at it is to give 100% of the credit for that goal to the forward – the man or woman who lofted up the cross that got headed into the net because without that cross, the goal would've never been scored. So we call that metric, “assists”. We have goals, we have assists. There's no better or worse metric to measure – they’re just different. It depends what you're optimising for. Different players, in this case, have a different role on different parts of the field. So who are the most assists? There's any number of ways we can measure this; goals and assists are the most traditional. We could give credit to any number of players all the way even back to the goalie – without that first pass into the field, the goal would have never been scored.

We could give credit to any number of players on the field, it just depends on what we're trying to optimise for. The question here is: why even count? Why does this matter for the players? Why does this matter for the manager? Who even cares? Why count these metrics? For the players, it's all about recognition. So if the players count goals – if we count assists – then the players can demand bigger contracts, more playing time or more endorsements. It's all about recognition – but understanding what role they play so that they can have more recognition from fans and from the team.

For the manager, it's about optimisation. If you know that Steve Gerard and Wayne Rooney are up front and they score the most goals and get the most assists, you can put those players in the right place at the right time to score even more goals in the future. And then for both of them, it's about leverage. So if you're counting goals and assists, it'll give you more leverage to ask ownership for more money. That gives you more leverage to ask the community for a new stadium, etc. It's all about leverage for both of those; it's a seat at the table with leadership.

You can imagine where we’re going with this: we can apply that same idea – that same concept of credit and attribution – to customer journeys. If we only give credit to the goal scorer – that's the Wayne Rooneys of the world, the thing that happens right before the conversion happens, in this case – we're only going to give credit to the sales team. And so for us as marketers, we miss out on a whole big part of the story – everything that happens before the sale gets made. So same question here: if we can identify those metrics, the goals, the assists and all the other attribution, why does that matter for marketers like me? And then why does that matter for marketing leaders? Well, you guessed it: it's the same as the football analogy. For the marketer, it's about recognition. If I, as a marketer, can prove which individual touch points I created along the way that contributed to revenue, I can ask for a raise. I can ask for more responsibility. I can ask for more head count on my team. It's all about recognition. 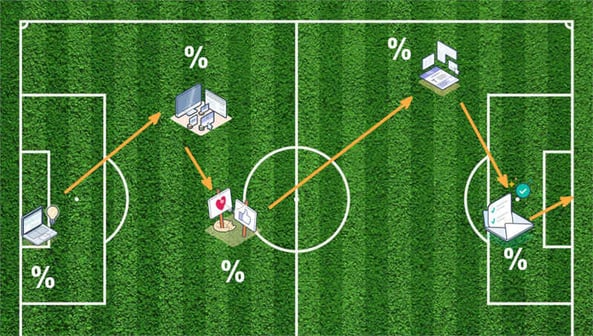 Let’s walk you through a specific example with a real HubSpot customer called A3C. A3C is a music festival that's based in the United States – in Atlanta, Georgia. They have been a HubSpot customer for a while and have really avid fans who come year after year. One of their newest fans that I want you to meet is named Bethany. I'm going to walk you through Bethany's journey with A3C from first interaction all the way through becoming a loyal customer.

1. First Interaction: Bethany is from Atlanta, Georgia, and she wanted to find things to do around Atlanta in the fall, so she Googled things to do in Georgia in October. She ended up finding A3C’s website, went to A3C’s website, explored a little bit, just clicked there on the blog, and then she left. So she Googled it – that's what we at HubSpot will call her first interaction.

So, a recap of Bethany's situation: first interaction was she Googled it. Second interaction: she clicked an ad, ended up surfing the blog, filling out a form. Third interaction: clicked a tweet, ended up back on the site, reserved a spot in line. Fourth interaction: bought the ticket by clicking an email. Four key interactions. That's the way that she saw it.

One way that we might look at it in HubSpot is through the source of those interactions. That first Google search, that first interaction, is what we call organic search: an organic search sourced interaction. When that lead was created (clicked on an ad in Twitter), is what we call a paid social ad. Third is organic social (she clicked on a tweet, a deal was created), and then finally got that email and ended up going close won on the deal through email.

The idea here is we have these four key interactions from Bethany. All we're doing, just like in the football play, is assigning percentages of credit for first, lead, deal created, and for closed won, and assigning dollar values to each of those interactions as well. So the same way on the football field, we were giving assists to that second class or goal, just to that last final conversion before the goal was scored. It’s the same idea, same concept here for the customer journey, from a marketing perspective.

The way that we assign credit in football is through goals and assists; in marketing, we have attribution models. An attribution model is a way of giving credit to different touchpoints along the way. There's a dozen different ones of these. You can do all of these that we see here and more inside of HubSpot or inside of Google Analytics or whatever other tool you might be using. The main point here is there's a number of different ways to do it. There's no best way to do it. So oftentimes the question is: do I do multi-touch? Do I do single touch? Do I do first or last touch? The answer is: it really depends. It's like asking: do I measure assists or do I measure goals on the football pitch? It just depends what you want to optimise for. 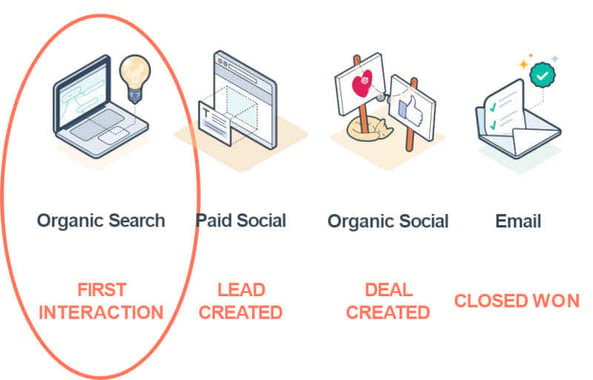 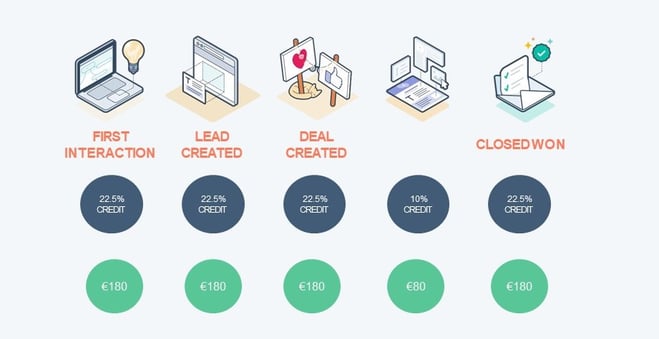 Those are just two models. There are six models you can run in HubSpot and that number is growing every day. Again, there's no right or wrong answer and it's like assists or goals on the football pitch. It just depends what you're trying to optimize for. Every other model has a different question that you can answer.

The quick CTA here is if you have a Marketing Hub Enterprise, attribution is already included. If you don't, sign up for a trial. There's obviously no commitment – it goes without saying. If you're in Professional and you don't feel like starting an Enterprise trial, check out the attribution features in Professional. See what you think. Take a good first step there, get some cool results, and that's a big win for you and for us as well. That’s the third piece of the CTA that goes unsaid.

Setting Up Attribution Reporting in HubSpot 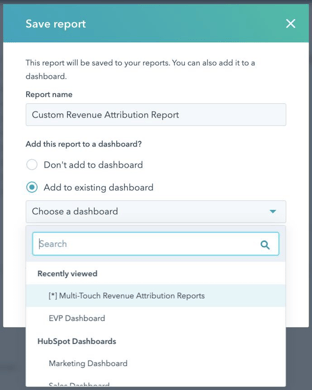 The way that we're thinking about new products and HubSpot this year – you've seen it with this Marketing Hub Enterprise launched in the last few months. We'd like to think about HubSpot as uniquely positioned in the market. There's the easy, and then there's the powerful. Small business solutions often are really easy, but they're not that powerful. These legacy enterprise systems, mostly CRMs, are really powerful, but they're really clunky and complex. HubSpot is the nice balance in between those two. It's really easy to use, but it's also got the power baked in so as you grow, you can run all the business process that you need.

As we see the new features, this is the way that we're thinking about the paradigm we're using to think about the feature launches this year.

Password-protected Knowledge Articles: Don’t forget we have marketing, we have sales, we also have a service hub. It starts at free and goes all the way up through Enterprise as well. One of the Enterprise features is that you can make the knowledge base. If you want a help documentation centre for folks to visit and find out more about a certain thing in your product or in your services, you can create that and now you can password-protect those. If you have a certain knowledge base article that you only want a tiny subset of your audience to be able to see, you can protect that by a specific password or you can just protect that by a certain smart list in HubSpot so only folks on that list will be able to access that knowledge base article. It’s super slick, the way that the list functionality from the marketing tool that we're all used to plays in and connects that fly wheel into the service hub and the service use case as well. 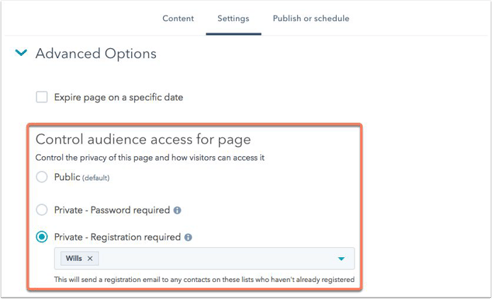